One of the world’s finest singer/songwriters, John Gorka will perform at Baldwin’s Station on Thursday, October 9, 2014. Tickets & reservations: 410-795-1041 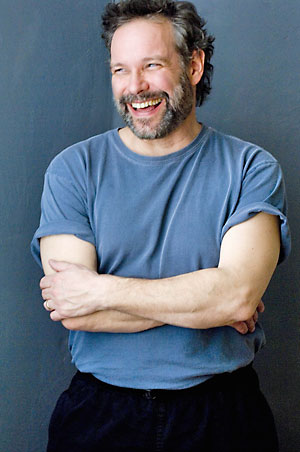 Rising from a milieu of lovelorn singer/songwriters, John Gorka illuminates instead with his trademark wordplay, twisting, tuning and typing words and phrases in the way a balloon artist creates complex creatures from simple balloons. Few contemporary songwriters coax language as deftly as Gorka. For over two decades, Gorka’s keen ear has picked up the stories of those along his path, folding them into poetry and song. His keen perceptiveness inspires people from all over the world to share their stories. By involving those tales in his music, he escapes the trap of introspection that hobbles less gifted singer/songwriters. John Gorka flies below the pop culture radar with an almost cult-like following that never fails to fill concerts. Speak with any of his fans and one instantly feel’s their enthusiasm and genuine affection. His shy, almost self-effacing stage presence rightfully focuses attention on the songs. John’s versatility on guitar and piano keeps his sets musically interesting, while his rich baritone effortlessly executes his bidding. And he’s never short of the sly comment or clever joke that invariably ignites his audience.

His latest recording is Bright Side of Down, released in March 2014.