Traditional fiddler Kevin Burke will be at Cellar Stage Baltimore in Hamilton on Friday, March 10, 2017. 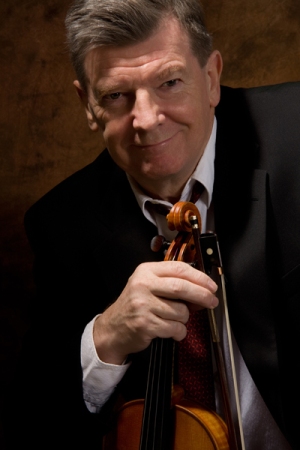 “Lyric, fluid and precisely as tricky as he needs to be…probably the greatest Irish fiddler living.” ~ The Village Voice

Kevin Burke’s fiddle playing has been at the forefront of traditional music for over 30 years. In the US he received a National Heritage Fellowship from the NEA, in Ireland the prestigious Gradam Ceoil award, both acknowledging him as a master of the tradition. Although Kevin has spent much of his life playing in a group context, he has never lost his love for solo fiddle music — the “naked fiddle” as he sometimes puts it. This is very evident in his live solo release, “In Concert”, a performance of mostly unaccompanied traditional pieces. His solo concerts are mesmerizing, you feel like a fortunate guest in the home of this gracious master of the vibrant Irish tradition.

“Kevin Burke plays the fiddle so smoothly, with such buoyancy, and with such relaxed showmanship, that even a large concert hall becomes intimate.” ~ The New Yorker

“A lyrical player of emotional electricity.” ~ The Washington Post

“Burke imparts a rhythmic intensity that is remarkably powerful…a superior instrumentalist in any idiom…impressively virtuosic.” ~ The New York Times