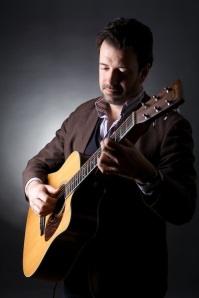 Hailing from the great state of Maine, Dave Rowe is a traveling troubadour — a singer-songwriter and interpreter of traditional and modern song — whose 30-year career has had him on stages all over the eastern seaboard and throughout America’s heartland.

Armed with a guitar, a dream, a quick wit, a soaring tenor voice, and the heart of an entertainer, he has enthralled audiences everywhere he’s gone, bringing them from raucous singalongs to laughter to tears and everything in between.

Dave’s latest dream has him literally circumnavigating the eastern continental US by boat on the Great Loop, singing songs along the way, and playing to new audiences — some perhaps in unconventional or idyllic places — from yacht clubs to canal-side coffee houses and taverns, from small concert halls to historic, little opera houses on the islands of the Great Lakes. This will be the musical journey of a lifetime.

A fourth-generation professional musician (son of the late Tom Rowe of Schooner Fare), Dave’s handmade, heartfelt music springs from deep roots borne out of the song traditions of Ireland and the British Isles, cultivated in the roots music of North America, and filtered through the musical sensibility of a classically-trained musician. His original songs come from the heart of a poet and the soul of a maestro: from songs of the sea to historical sketches, from songs of abiding love to social commentary.

Dave’s 2019 floating musical journey will take him through seventeen U.S. states and two Canadian provinces. He with his trusty guitar; his yacht, Stinkpot; and his first mate, Stacey, will rise from sea level to 900 feet above sea level utilizing countless locks on the way. If you find yourself near the waters of the Great Loop and you hear someone singing “Low bridge, everybody down,” some time in 2019 and 2020, there’s a very good chance that there will be a Dave Rowe concert somewhere nearby!

Posted on October 15, 2019, in Baldwin's Station, Videos and tagged Dave Rowe. Bookmark the permalink. Comments Off on Videos of Dave Rowe at Baldwin’s Station.