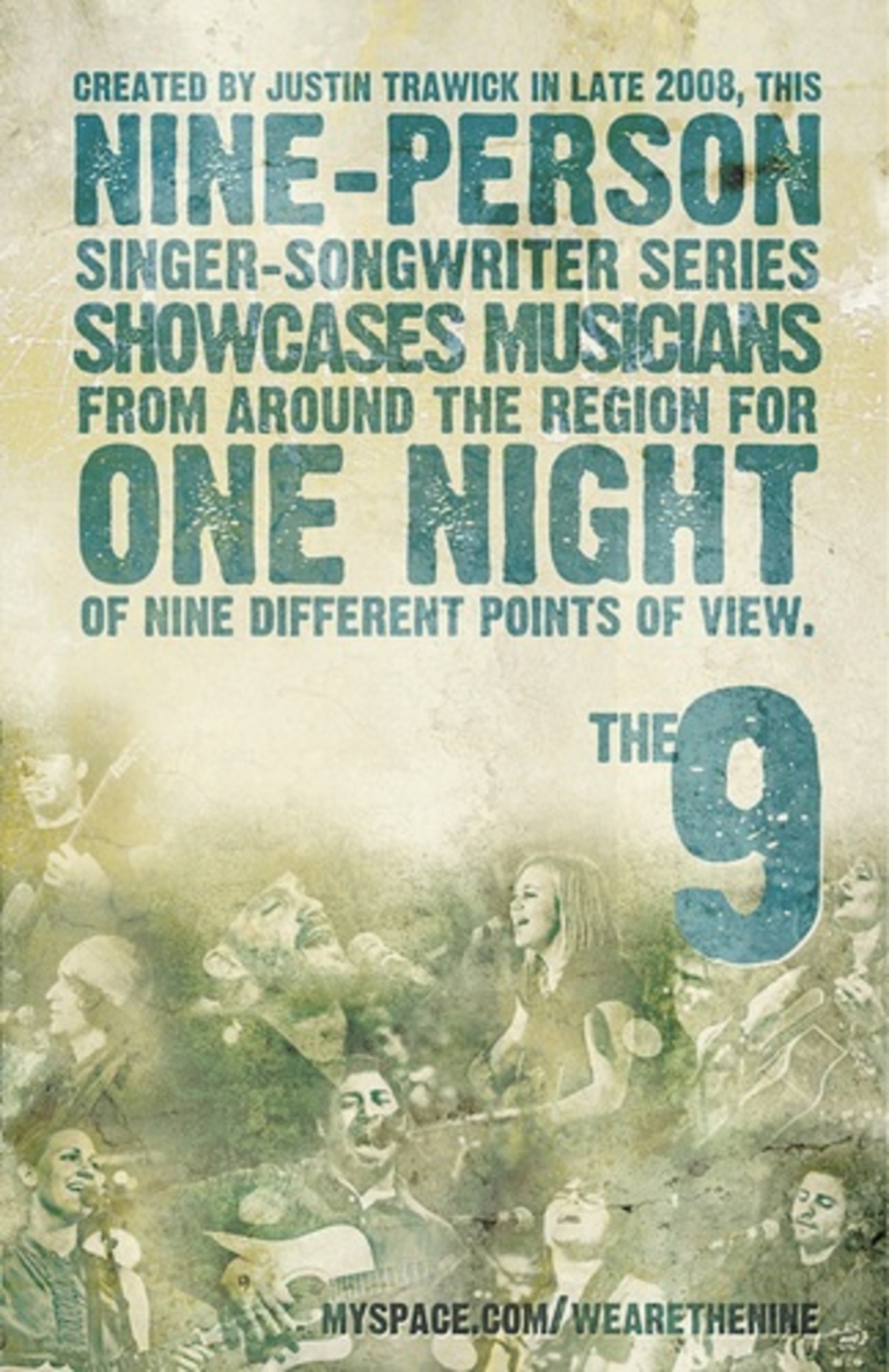 Jason Ager and Jon Patton have been added to The 9 Songwriter Series lineup at Baldwin’s Station on Thursday, March 24, 2016 to replace two songwriters who could not attend this rescheduled event. Performers at this show are: Justin Trawick, Victoria Vox, Ruut, Jason Ager, Jon Patton, Angie Miller, Christen B., Michael Kelly, and Tony Denikos. Tickets & reservations: 410-795-1041

Founded in 2008 by singer/songwriter Justin Trawick, “The 9 Songwriter Series” is a touring songwriter collective and live show based in Washington, DC. The show was created with the idea of nine artists getting together and combining their talents in order to play in nicer clubs and to larger amounts of people. Each installment features nine solo singer/songwriters performing together in a unique and captivating format, telling stories, and often sitting in each each other and making up music on the spot. Where else can you hear almost 30 songs from nine different artists in one evening? To date, over 300 different artists have participated in “The 9”, at shows in DC, Baltimore, Annapolis, Philadelphia, New York, Fairfield, Boston, Richmond, Charlottesville, Charlotte, Atlanta, Los Angeles and San Francisco.