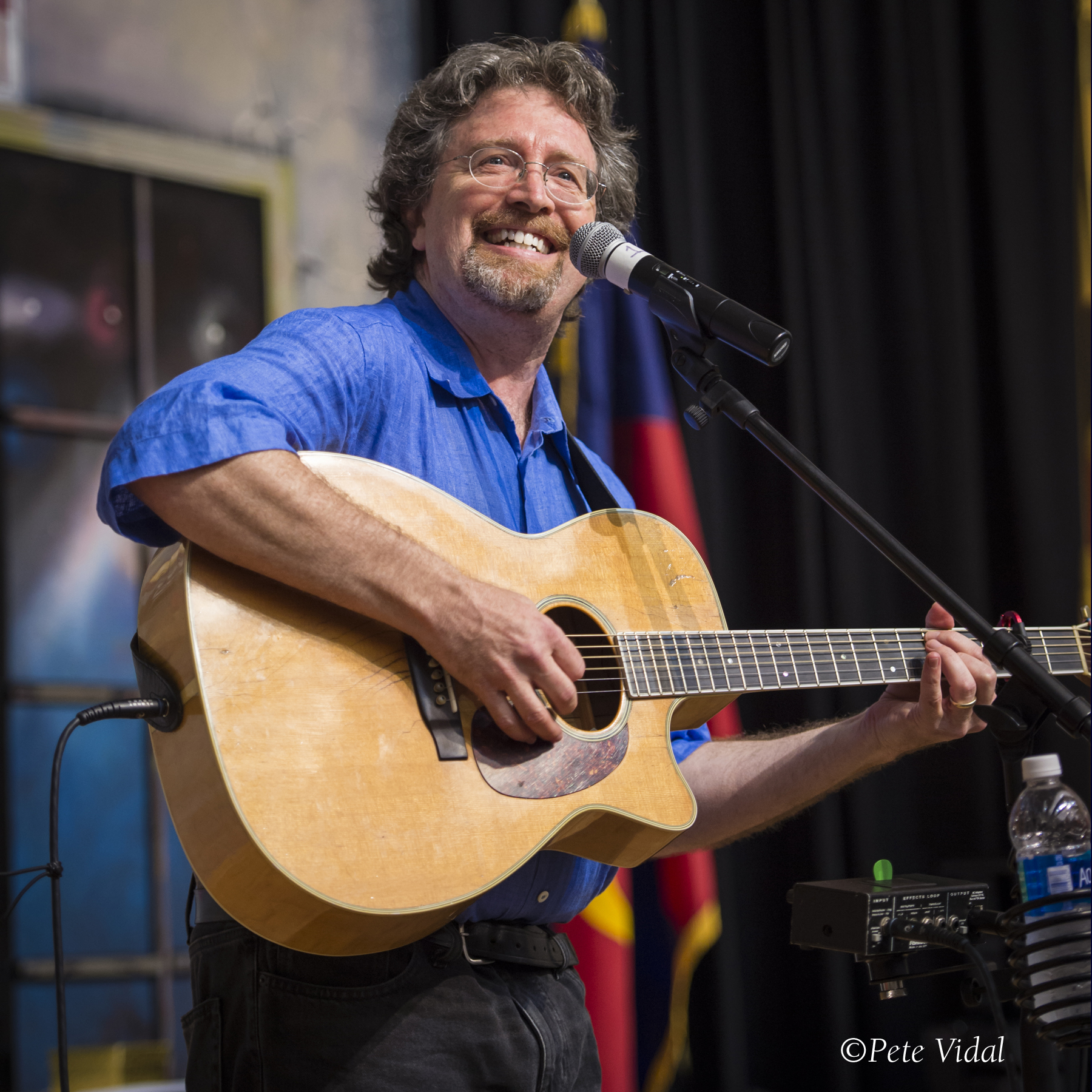 Since permanently leaving his corporate environmental engineering career in 1996, award-winning folk/Americana artist Andrew McKnight‘s musical journey has traced nearly a million miles of blue highways, and earned him a wealth of critical acclaim and enthusiastic fans for his captivating performances and seven recordings.

Andrew’s solo performances are powerful and entertaining one-man theatre, delivered with warmth and down-home comfort. He weaves his finely-crafted songs and nimble flatpicking together with humorous stories and poetic drama, while the musical soundscape traverses influences from Appalachia, spooky slide and jazzy blues, feisty anthems, and rustic folk. His shows are as likely to include humorous songs written with kindergarteners as some of his powerful collaborations with combat veterans coping with PTSD.

2020 finds McKnight bringing a dynamic new element to his show, adding a cast of spellbinding songs and stories drawn from his own recent journeys into family history. Accompanied by three guitars, a dobro, Native American flute and an African hand drum (some with their own remarkable stories), the stage comes alive with intimate detail and vibrant lyricism. From placing you in the footsteps of his doomed Civil War ancestor Aretas Culver, to finding sparks of hope in the long winter nights on the shores of mid-1800s County Down, his vision, voice and pen have created a mesmerizing sweet spot deeply familiar to anyone who’s wondered, “who am I and where did I come from?”

Andrew has performed at many prestigious venues like the Kennedy Center, the International Storytelling Center and the Atlanta Olympics, has been part of the Rocky Mountain, South Florida, Boston and Delmarva Folk Festival lineups, and a guest on NPR’s “Art of the Song” and “River City Folk” shows. He is a gifted workshop leader, an engaging speaker, and a longtime endorsing artist for Elixir Strings and Fairbuilt Guitars.