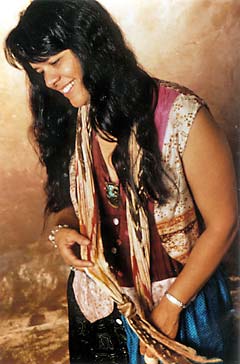 “Anne Hills is such an exquisite singer that it’s understandable that people might be swept up in the pure beauty of her voice and thereby overlook her writing. That would be a mistake. For me, Anne’s writing, in songs like ‘Follow That Road’ and many others, is as direct, melodic and deep as any work being done today. She is quite simply one of my absolute favorite songwriters.” ~ Tom Paxton

As a singer, actress, writer, and musician Anne Hills has continuously built a reputation of merit. During her career, she has received numerous honors including, the Pennsylvania Partner’s in the Arts Project Stream grant award (for the 2007 premiere of An Evening of James Whitcomb Riley). Her poetic work won her Second Place in the Atlanta Review’s International Poetry Contest and her work as lyricist with jazz-artist Peter Erskine was featured in a performance by choirs from around the world at a Hilliard Ensemble workshop in Germany. In 2001 she reunited with long-time friend Tom Paxton to release a long-awaited duet recording Under American Skies for Appleseed Recordings, which won a WAMMIE (Washington Area Music Award) for “best traditional folk recording.” This was soon followed by many collaborative projects including Fourtold with Michael Smith, Steve Gillette and Cindy Mangsen. Though collaborative work is the keystone in Anne’s career, it is her singing and interpretive gifts that have received the most attention. 1998 saw the release of Anne’s performances on two of the most talked about compilations of the year, placing her voice along side Bruce Springsteen, Bonnie Raitt, Jackson Browne, The Roches, Ani DiFranco and The Indigo Girls on Where Have All the Flowers Gone? (The Songs of Pete Seeger) and What’s That I Hear? (The Songs of Phil Ochs). Other projects include the occasional tour with Priscilla Herdman and Cindy Mangsen (Voices of Winter in 1998, and Turning of the Year in 2000), which was featured in the arts section of the January 1998 Sunday New York Times, and her performances with the legendary songwriter Michael Smith. Anne continues to touch the heart with a poet’s evocative palette and a singer’s love of melody. Anne’s aesthetic voice & songwriting have continued to win her new and ardent fans. Her song “Follow That Road” was chosen as the title cut for the 2nd Annual Martha’s Vineyard Songwriter’s Gathering recording on Rounder Records (produced by Christine Lavin).

“One of the most glorious voices in all of contemporary folk music.” ~ Chicago Tribune.