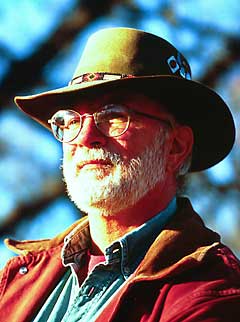 “Any new song that can live comfortably beside the well-worn songs of folk tradition has a good chance of surviving the test of time. Such, we believe, are the songs of Bill Staines” ~ Charles “Sandy” Paton, Folk Legacy Records.
[youtube=https://www.youtube.com/watch?v=MJiEsiO9ZRI&rel=0]