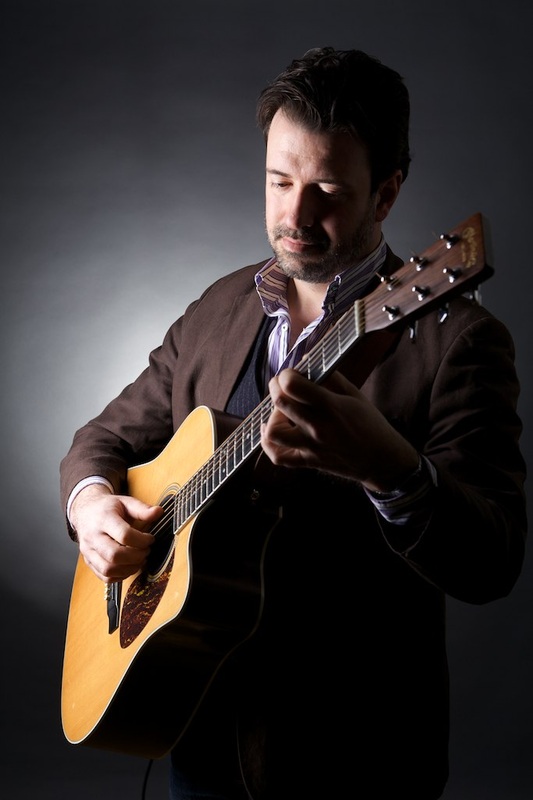 With fifteen critically-acclaimed recordings under his belt (three out of print), both solo and with his various bands through the years — including a compilation CD released in the fall of 2015 — Dave Rowe‘s most recent all new album of folk-inspired new music dropped in the summer of 2014 to quiet fanfare. All of the Dreams is a solo volume, probing the depths of the human experience in song. It is a trip through the ups and downs of life in a complicated world with songs about loss, war, personal responsibility, love, and dreams.

Having grown up in Maine, the musician son of a member of a popular folk group, there was always a sort of expectation that Dave would “join the family business.” At the tender age of 15, and with the encouragement of his dad, he joined as the bass player in a band with two brothers named Makem (sons of the late Tommy Makem). At 18, he left the band to study music at the Hartt School of Music at West Hartford, Connecticut’s University of Hartford, but the siren call of the stage became too much for him. Dave returned to Maine to pick up his bass guitar and tour with singer-songwriter, Don Campbell. Don and Dave toured for about three years and co-wrote two of Campbell’s signature songs, Rosalina and Love is Blind.

After getting the songwriting bug from the experience, Dave set out on his own, writing songs, playing shows in pubs and coffee houses. He formed a duo with his dad called Rowe by Rowe which later expanded to a trio under the new name Turkey Hollow. His father passed early in 2004, leaving the younger Rowe to contemplate his future. Dave soon formed the Dave Rowe Trio which recorded five CDs together, performing traditional and original songs in concert venues all over the eastern seaboard and out to the midwestern states. Sensing a need to slow down from the members of the trio, Dave formed the Squid Jiggers in 2010 with Troy R. Bennett and picked up his bass guitar again for the first time in 20 years. The slow down for the trio continued and Dave stopped booking trio shows entirely in 2013.

With a deep-down need to do something new, Dave began exploring the depths of his soul for direction and inspiration. For most of his professional life, he has had a Sunday job as a choir director in Unitarian Universalist churches in Maine. In early 2010, as the marriage equality debate was heating up, Dave penned Standing on the Side of Love dedicated to the members of his church and arranged for his church choir to sing. And so began a journey to write and record more music that explores what it means to be a human. Now with the release of All of the Dreams, Dave is poised to take the next step and take these songs and their complex message on the road. From the first words of cut one “You’re all right like you are…” to the final resounding pipe organ chord which ends the last song, the album reminds and inspires hope in a world where pessimism reigns.

Having cut his on-stage teeth on the rough edge of Irish pubs, Dave is a singular entertainer, able to relate to even the most stubborn audience members and get them singing along. He firmly believes that singing is balm for the soul, and that singing together—whether in choirs, in pubs, at concerts, or in kitchen parties—is a primary part of the human experience. In early 2014, Dave put his strong feelings on the importance of singing on display in a sermonette he delivered at his church, which is archived in the February 4, 2014 entry on his blog.

When Dave is not touring, you can find him writing songs on his back porch at his home in Portland, working on the house or in his small yard, enjoying the sea air, and canoeing, walking, or bicycling and enjoying the beauty of Maine’s largest city.
[youtube=https://www.youtube.com/watch?v=UvnTqp972AQ&rel=0] [youtube=https://www.youtube.com/watch?v=Ziv6T65zbis&rel=0]