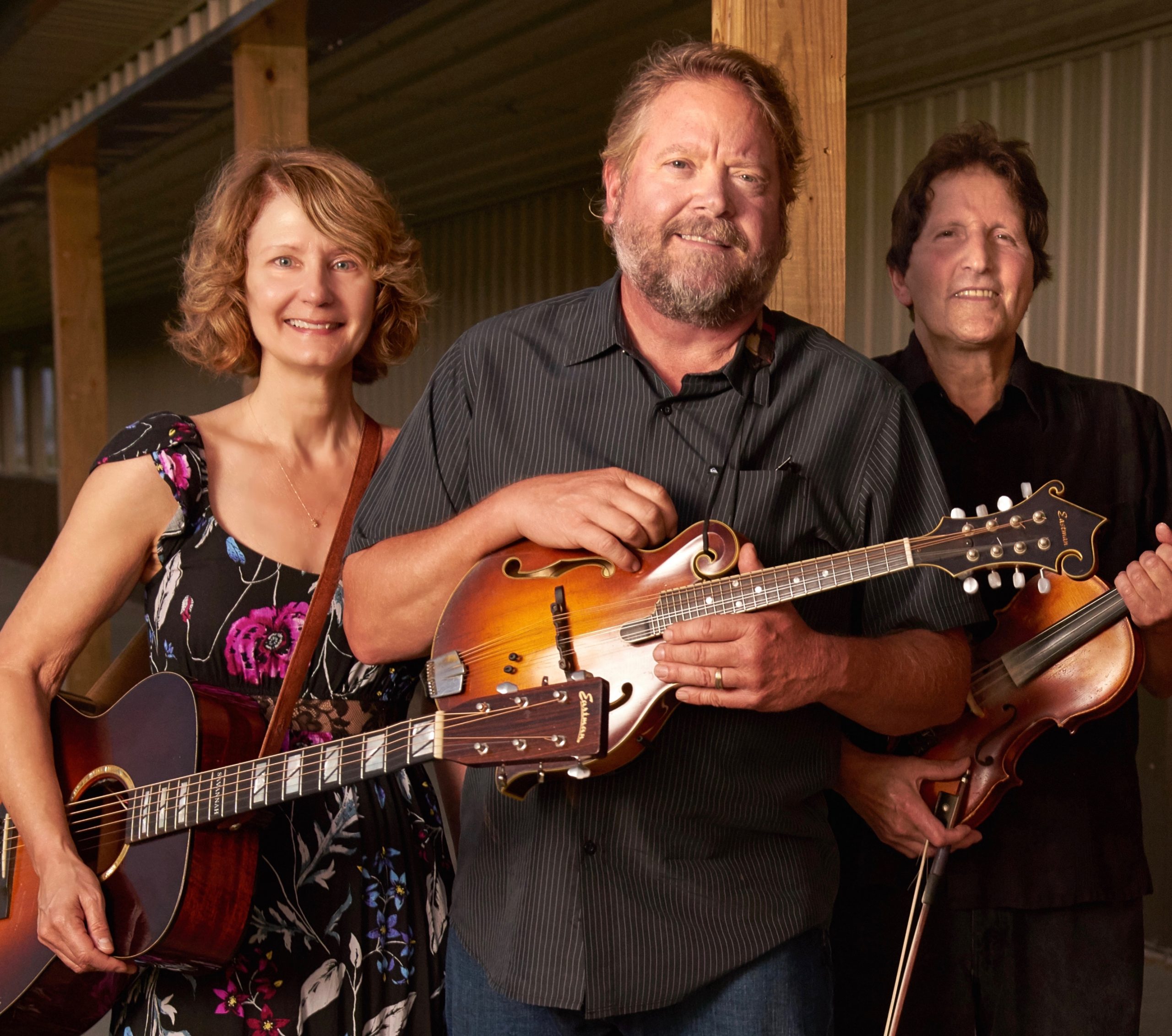 Soaring harmonies, high energy instrumentals, and heartfelt originals punctuate each performance of the Eastman String Band. Tim and Savannah Finch began playing music together at the Friday night jams once held at Tim’s music store, “Good Deale Bluegrass” in Deale, Md. After they married in 2003, they went on to play multiple private events, weddings, and now perform at some of the Mid-Atlantic’s most prominent venues. 2018 took them on a tour of China where they traveled hundreds of miles sharing their music in some of it’s most ancient cities. Together they have released 2 all original albums.

Tim Finch has been a familiar face in the music scene for many years. From his travels around the country as a representative of Eastman Strings, continuous festival and east coast venue appearances, radio airplay, as well as past performances with the Good Deale Bluegrass Band (featuring the legendary Mike Auldridge), Tim is a well known figure in the Bluegrass Americana community. His unique mandolin, banjo, and vocal style help define ESB’s sound.

Adding powerful lead vocals, sweet harmonies, engaging original songs, and a driving rhythm guitar, Savannah Finch is an accomplished singer-songwriter that has been featured at Nashville’s renowned Bluebird Cafe. “Savannah’s vocals are mountain stream clear, her notes rising up through the air, cutting a path with powerful pipes that know their range and potential.” ~ Alternate Root Magazine

Known the world over, fiddler Jon Glik continues to amaze audiences with his great tone and speed. He has performed in the past with such bluegrass legends as Del McCoury, David Grisman, The Good Deale Bluegrass Band, and many more. His playing can be heard regularly on many outlets, including NPR, XM/Sirius, WAMU, and others.

“…there are a few things you can depend on, silky vocals and hot picking” ~ Bluegrass Today Magazine

“…One of the bands helping to usher in new ways of hearing traditional sounds is Tim & Savannah Finch and the Eastman String band.” ~ Alternate Root Magazine

“…it should find favor with anyone anxious to explore new territories.” ~ Bluegrass Unlimited