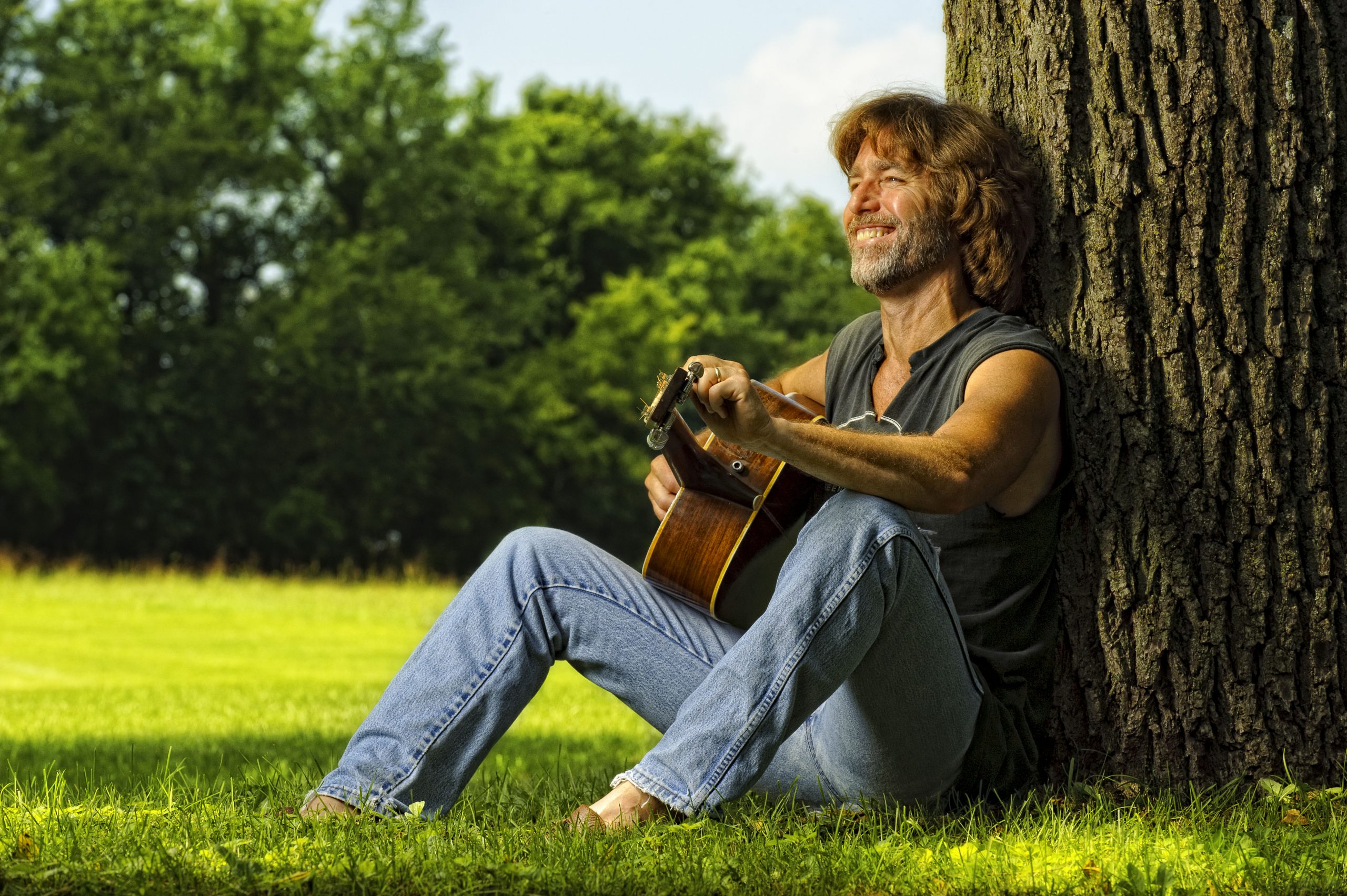 A wordsmith and poet of rare clarity, John Flynn writes powerful songs of humanity and hope. His dynamic performances are known for their disarming honesty and humor. Songwriter and activist John calls himself a “hopeful pessimist.” The pessimism comes from an honest clear-eyed assessment of the condition of the world we live in. The hope comes from a deep-rooted faith in the beauty and resilience of the human spirit. In an artist of Flynn’s caliber, the tension inherent in these seemingly contradictory points of view yields the kind of songs that moved Kris Kristofferson to compare Flynn to the best writers he knows, and Ramblin’ Jack Elliott to boast “John Flynn is the John Lennon of the plasma generation!” Scott Sheldon of Sing Out! magazine writes: “ With a poet’s voice and a heart tuned to justice, John Flynn’s voice and songs sing for us all.”

John began writing professionally in 1980 after graduating from Temple University with a degree in political science. A staff writing contract with Combine Music, and a Billboard Magazine. In the early 90’s, Flynn performed heavily in and around his native Philadelphia where his first self-released CDs began to receive extensive airplay on AAA radio giant, WXPN. His first main stage appearance at the 1995 Philadelphia Folk Festival cemented John’s reputation as a dynamic original contemporary folk artist. Songs that Flynn wrote, for his own four children, became the basis of two highly acclaimed family CDs. He was awarded the American Library Association’s Notable Recording Award. John appears regularly on the Peabody Award-winning children’s radio program “Kid’s Corner” and continues to present extremely popular assemblies and creative-writing workshops.