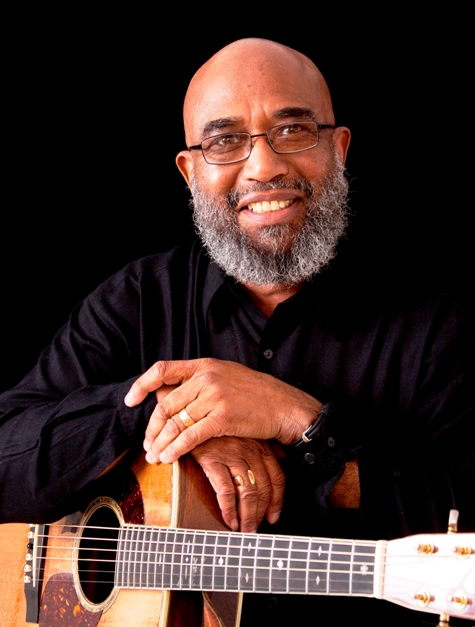 A master of vocal inflection and involvement, Josh White Jr. pushes his envelope and shows why he is considered one of music’s premiere vocalists and performers. In the shadow of his father, Josh White Jr. invokes the presence of the senior, making music for the masses and masses for the music. Josh White, Jr., became, a ‘hit’ literally overnight at the age of four, by performing with his legendary father JOSH WHITE one night at New York’s famed “Café Society” night club (America’s first integrated nightclub). For the next five years, Josh, Jr. performed with his father from New York to Boston to Philadelphia. In 1949, Josh, Jr. landed his first role on Broadway, and as Josh says, “It was type casting…” he played his father’s son in How Long Til Summer? with Dorothy Gish and Don Hanmer. By 1961 Josh had already guest starred in more than 50 American television dramas, and co-starred with his father in Great Britain for North Grenada television in “The Josh White Show.”

However, as he was approaching his 21st birthday, the number of acting jobs available on Broadway, TV and film for young Black actors was limited, while musically, the Folk Revival in America was beginning to take storm and offer more lucrative opportunities. Accordingly, Josh decided to focus on his career as a singer/guitarist, put his acting career on hold, and branch out from his long association with his father, to go on the road alone to pursue his solo concert and recording career. After appearing on countless television variety and talk shows around the world as a solo artist, including such American shows as “Today,” “Merv Griffin,” “Steve Allen,” “Joey Bishop,” ” Mike Wallace,” “Mike Douglas,” ” Della Reese,” “Gary Moore,” “Arthur Godfrey,” “Kate Smith,” “Donald O’Connor,” and “Hootenany,” Josh, Jr. starred in his first PBS/TV Concert Special in 1979 “Ramblin’ with Josh White, Jr.,” and costarred (with Odetta, Tom Paxton, and Bob Gibson) in the 1980 “Soundstage – Just Folks” concert TV special, followed by two more PBS/TV Specials: “The Making of JOSH: The Man & His Music” 1984, and “Josh and Ron’s Family Adventure,” 1993, with Ron Coden.

Josh Jr.’s composition “Say a Prayer for a Stranger” was performed by Harry Belafonte on the ABC-TV prime-time Special, “100 Years at The Music Hall.” As a concert artist, Josh, Jr. has performed on the world’s greatest stages of four continents, including Kennedy Center, Carnegie Hall, Lincoln Center, Odeon Hammersmith Hall, Berlin Philharmonic Hall, and Madison Square Garden to name a few. While continuing a solo acting career, Josh went on to perform and record with his father for the next seventeen years on radio, television, Broadway, concert halls and nightclubs around the world. (Josh’s bio is extensive and too long to reproduce here. Please see his web site for more on this incredibly talented, creative, accomplished and wonderful man.)[youtube=https://www.youtube.com/watch?v=DS-xIkEiMhc&rel=0] [youtube=https://www.youtube.com/watch?v=bh9WQWvNSoI&rel=0]