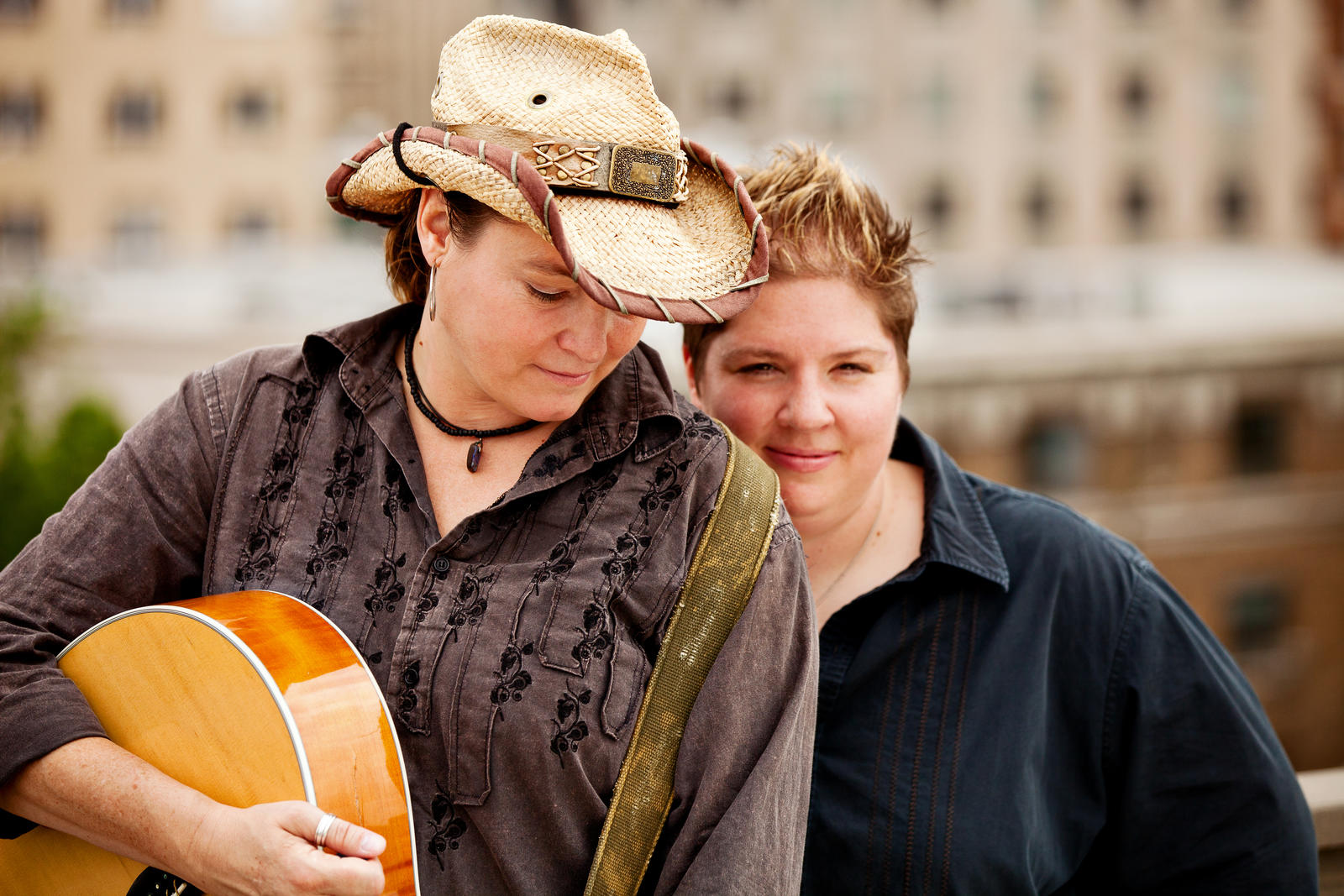 Mama’s Black Sheep is the musical collaboration of singer-songwriters Ashland Miller (guitar/vocals) and Laura Cerulli (drums/vocals). Touring together since 2008 and both veterans of the singer-songwriter circuit, Miller & Cerulli will make you feel like you’ve been listening to their music for years. Driven by Miller’s versatile guitar grooves, Cerulli’s innovative percussion, and two voices that blend like honey and whiskey, Mama’s Black Sheep create acoustic rock & blues with a style that is distinctly their own. With two well received CD’s to their credit (Unmarked Highway, 2010; Drivin’ On, 2011) and a third in the works, Mama’s Black Sheep has been burning up the road touring extensively throughout the continental US and the Caribbean playing nearly 200 shows a year. While much of their touring is done as a duo, they are occasionally seen as a trio or full band with the addition of violinist Helen Hausmann, and/or bassist Robin Elder.

Before Mama’s Black Sheep, Ashland toured for twelve years as part of the award-winning acoustic duo CommonbonD, releasing six CD’s, performing on The Nashville Network (TNN), and showcasing their music in over forty states as well as overseas. Ashland‘s songwriting, harmonies, and creative musical arrangements have been shared on stage with talent such as John Mayer, Ritchie Havens, Catie Curtis, and Sophie B. Hawkins. Laura previously fronted her own band, Cerulean Groove. From 2005-2008 she toured nationally and internationally as a full time member of SONiA & disappear fear. Laura’s distinctive style has been appreciated everywhere from The Kerrville Folk Festival (TX), to The Barns at Wolftrap (VA), to the High Sierra Music Festival (CA), to The Red Roof Women’s Festival (Ontario), and even ‘down under’ at Woodford Folk Festival (AUS).

Together Miller and Cerulli create a unique tapestry of songs, weaving vibrant color and rich texture to create a dynamic conversation between guitar and percussion. Miller’s passionate voice will make you laugh, cry, feel inspired, and ultimately want more. And Bob Steel of Baltimore Out Loud writes “Cerulli opens her mouth and the world stands still as she wrings every drop of emotion out of the lyrics with her powerful, soaring voice, forged in the fire of the blues and tempered in the cool technique of her classical training.” Be sure to catch this duo somewhere… anywhere. You won’t be disappointed.