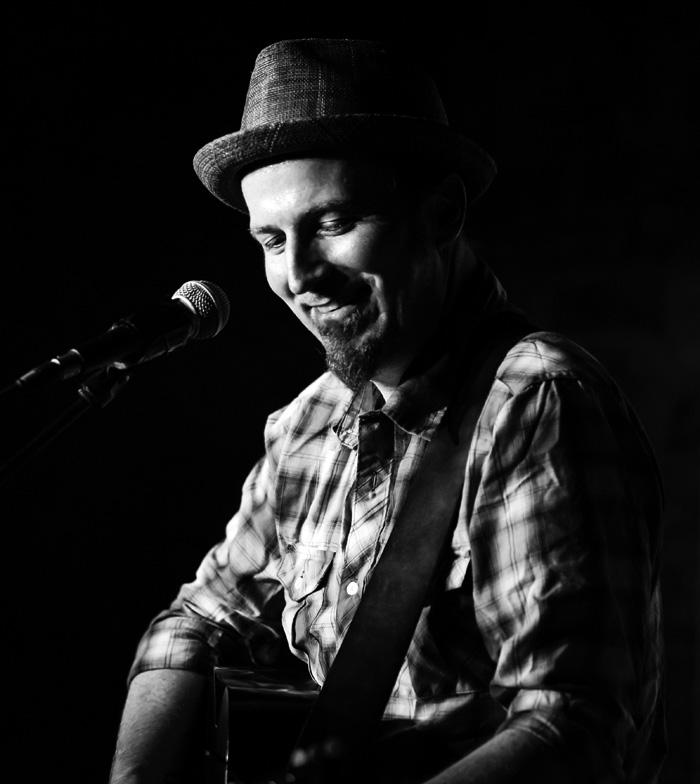 “His voice feels like fine old leather, and his guitar sounds like it’s on steroids… a superb technician…” ~ The Boston Globe

Peter Mulvey is an American folk singer-songwriter based in Milwaukee, Wisconsin. Since the early 1990s, he has developed a strong national following in the indie folk/rock scene through his relentless touring and critically acclaimed albums. Starting his musical career in Milwaukee while at Marquette University, he honed his performing skills while traveling in Dublin, Ireland. He later spent several years in Boston, where he frequently performed in the city’s subway system. He is best known for his warmly wry songwriting and his intense percussive guitar style.

“The cream of the crop… sings with a clarity reserved for the likes of legends.” ~ Davis Enterprise

“Peter Mulvey is all substance, which is his style.” ~ Boston Globe

Peter Mulvey has been a touring singer/songwriter for twenty years, releasing well over a dozen records during that span. In addition to playing shows from Anchorage to the Hague, from Santa Monica to Belfast, he has kept a hand in various far-flung imaginative pursuits, playing each year in a cave underneath West Virginia for the National Youth Science Camp, and arranging tours every Autumn traveling by bicycle instead of by car.

His most recent record of original material, “Letters from a Flying Machine”, weaves song and spoken word together to address mortality, Bach sonatas, the Search for Extra-Terrestrial Intelligence, baseball, and the thoughts of children on what DNA might mean.