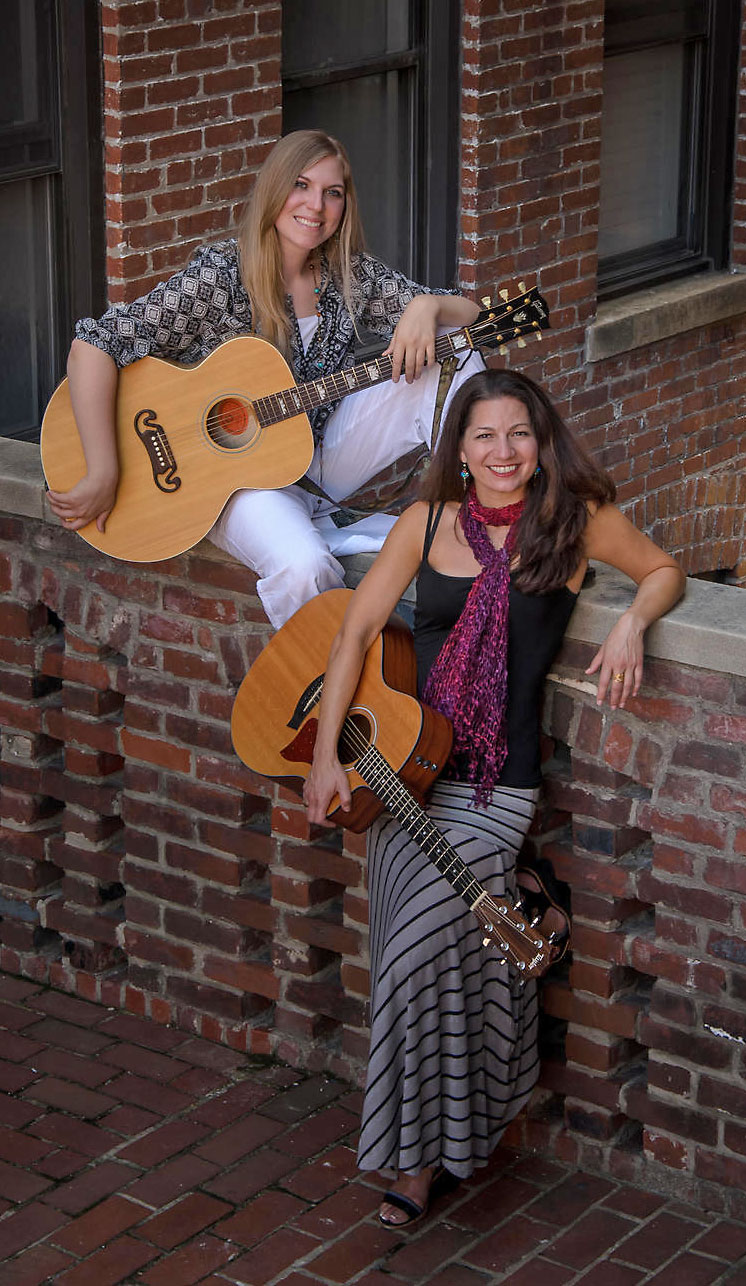 Joan & Joni is a tribute to Joan Baez and Joni Mitchell performed by singer-songwriters Allison Shapira and Kipyn Martin. In a musical journey from the 60’s to today, Allison and Kipyn demonstrate the effect Joan and Joni have had on their own development as modern musicians. Kipyn Martin is an award-winning Americana singer-songwriter whose roots sink deep into the banks of the Shenandoah River. Allison Shapira is a recovering opera singer who recently found her authentic voice as a folksinger and songwriter.

In Joan & Joni, Allison and Kipyn bring to the stage many of Joan Baez and Joni Mitchell’s well-known songs, as well as a few of their lesser-known ones. They will also demonstrate the legends’ impact on their own songwriting and performance. Allison and Kipyn met at the Northeast Regional Folk Alliance (NERFA) conference in November 2013. Both classically trained singers and up-and-coming musicians on the DC-area folk scene, they soon realized their musical influences were similarly shaped by the folk revival music of the 60’s.

Allison Shapira spent years studying classical voice at Boston University, Tanglewood, and in Italy but at home she listened to the folk revival music of Joan Baez, Bob Dylan, and Judy Collins. In 2011, alongside a career in diplomacy, communications, and international relations, Allison picked up a guitar for the first time and started writing her own music. Her debut CD, Coming Home was recorded in 2012 and released at the very same Club Passim where Joan Baez got her start in 1958.

Kipyn Martin is an emerging Americana singer/songwriter whose roots sink into the banks of the Shenandoah River. Recent accolades include winning Gold and Silver Awards in the 2014 Mid-Atlantic Song Contest and being awarded New Artist of the Year by the Washington Area Music Association. Kipyn was named a Showcase Artist at the 2014 Southeast/Northeast Regional Folk Alliance (SNERFA) conference and she received international distinction in the 2013 UK Song Contest when “I Believe in You” from Undercover Muse earned a semi-finalist rating. Her song “Nightbird” from her debut album, Undercover Muse, won a Gold Award as well as the Director’s Choice Award in the 2013 Mid-Atlantic Song Contest.