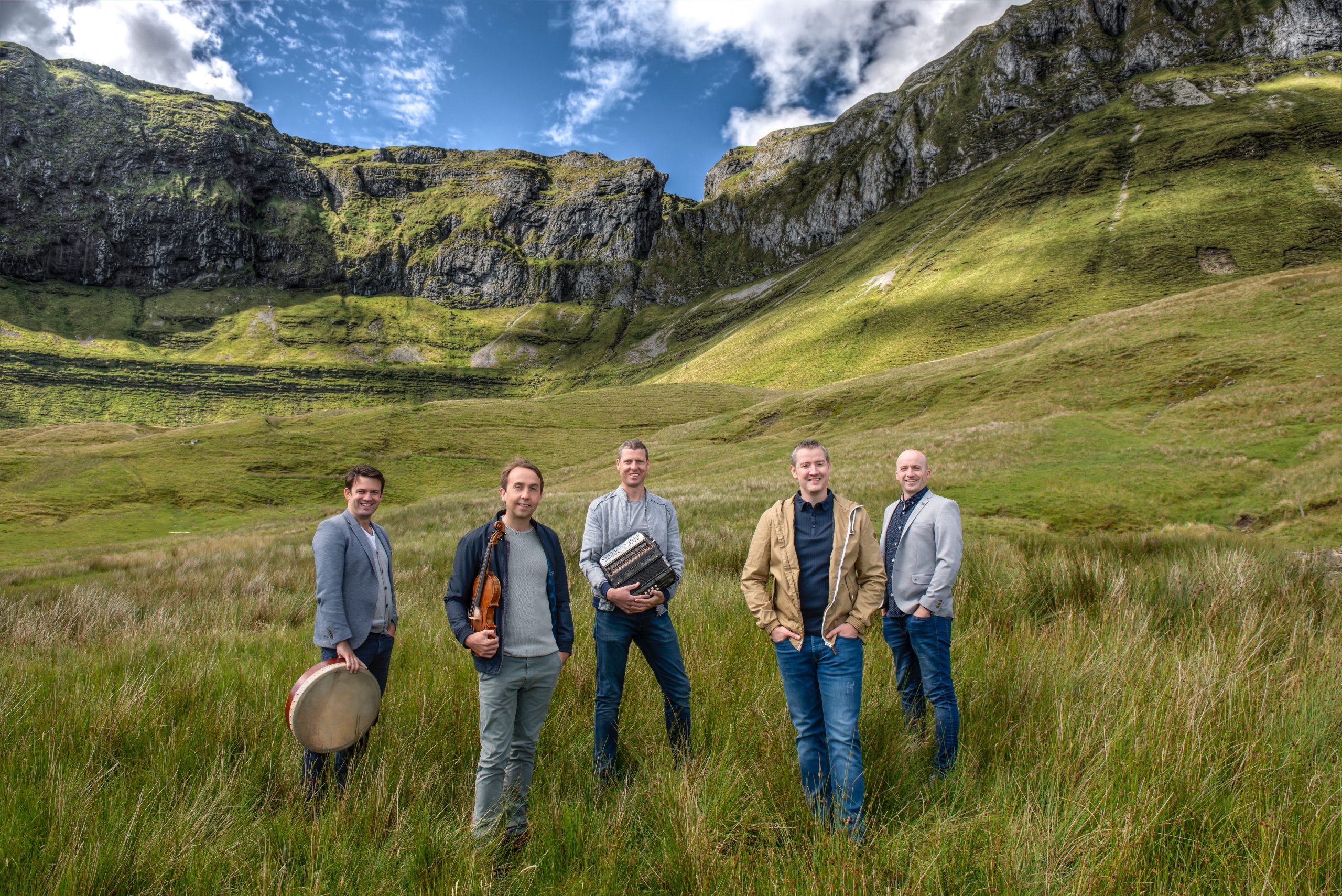 The Irish traditional band Téada will be at Cellar Stage™ Timonium on Friday, March 13, 2020.

Tickets $25.00 ~ Showtime 8:00 pm
Buy in advance! Remaining tickets will be available at the door.
ALL TICKET SALES FINAL, NO REFUNDS OR EXCHANGES
View Videos

An Irish traditional band with a truly worldwide reach, Téada has appeared as a frequent headliner at major music festivals throughout the US, Canada, Mexico, Europe, Africa, Russia, Israel and Australia. Highlights include a 30,000-capacity stadium concert in Brittany, along with performances at Penang World Music Festival in Malaysia, Edmonton Folk Festival in Canada, Harare International Festival of the Arts in Zimbabwe, and Campeche International Festival in Mexico. In 2014 the band performed to 40,000 people during an extensive 7-week tour of Japan/Taiwan.

Continuing to grow in vision and popularity, Téada recently welcomed a sixth member to the line-up, legendary West Kerry singer and accordionist Séamus Begley, winner of 2013 TG4 Traditional Singer of the Year. The band recently released a smashing new album – Ainneoin na stoirme/In spite of the storm – on the Gael Linn label.

Founded by Sligo fiddler Oisín Mac Diarmada, Téada first came together in 2001 to make an appearance on the innovative TG4 television series ‘Flosc.’ One of Irish traditional music’s leading exponents, Téada is driven by a fascination for the timeless, expressive force of music inherited from previous generations of musicians. Irish Music Magazine describes the band as “at the cutting edge of the next generation of Irish musicians… with a fierce familiarity with the old ways.”

Buy tickets for Téada from Ireland at Cellar Stage™ Timonium