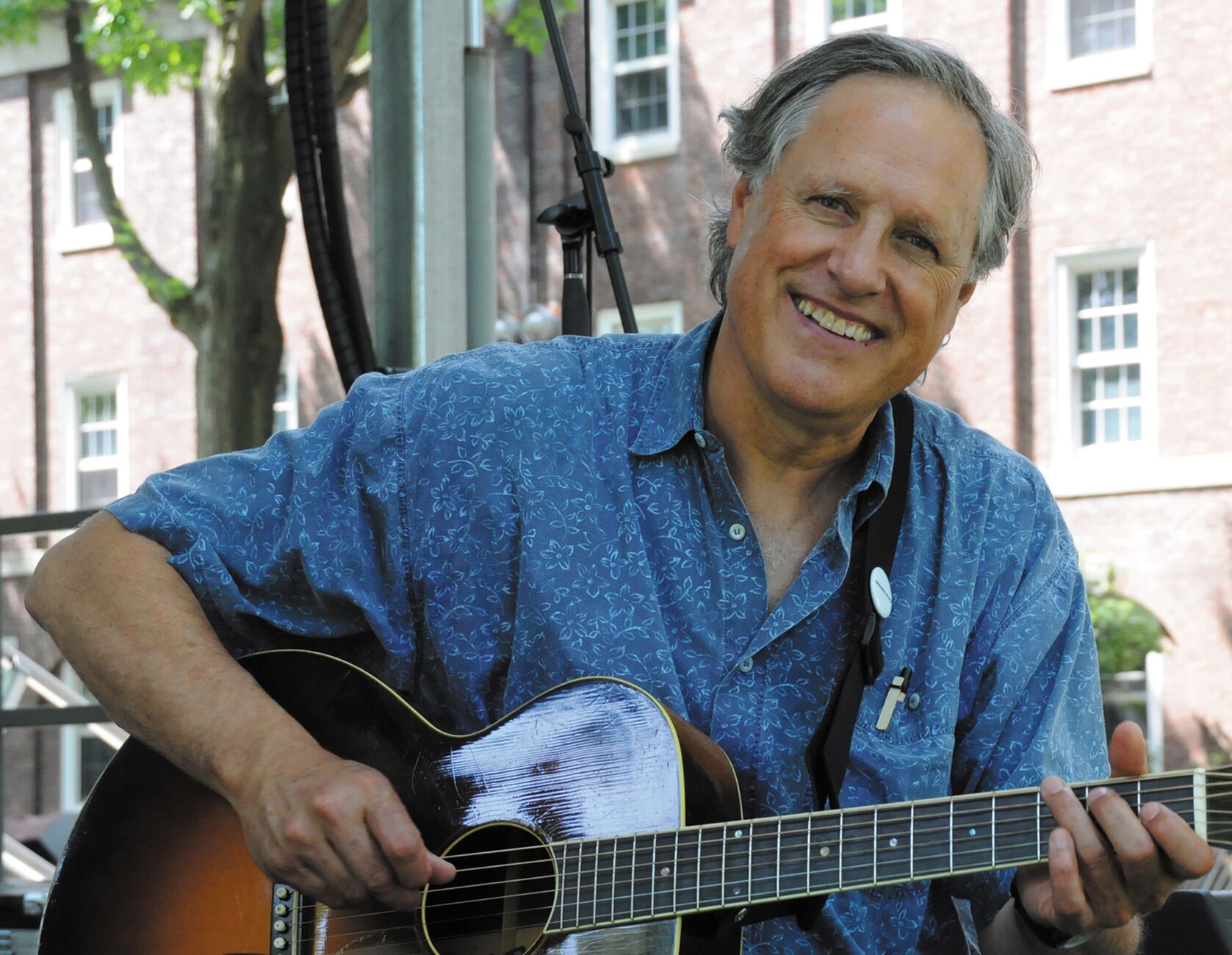 In a career that spans five decades, 25 albums and three Grammy awards, the multi-talented singer-songwriter-guitarist Tom Chapin has covered an incredible amount of creative ground. In addition to his work as a recording artist and concert performer, Chapin has acted on Broadway, as well as working extensively in television, radio and film.

As a music-maker, Chapin has maintained two long and productive parallel careers, both as a respected contemporary folk artist and as a pioneer in the field of children’s music. In the former role, Chapin has established a reputation for insightful, heartfelt songcraft and effortlessly charismatic live performances. In the latter role, he engages the hearts, minds and imaginations of young listeners with songs delivered in a sophisticated array of musical styles. His witty, life-affirming original songs convey positive messages about family, good food and the green earth. His new CD, “THREADS,” reflects Chapin’s strong family ties. This collection of songs features original songs, a cover of a Harry Chapin song, and a new folk anthem, penned by his daughters Abigail and Lily (performing as The Chapin Sisters).

“I have been singing songs of hope, possibility, love and family these days, which feel immensely important at this particularly dark and divided moment in our history,” Chapin says.

In addition to his musical and media endeavors, Chapin is a tireless advocate on behalf of a variety of charitable organizations. He has been a board member of WhyHunger since it was established in 1975, and continues his involvement to this day, and remains active in a variety of environmental causes, as well as efforts on behalf of music and the arts in our public schools.