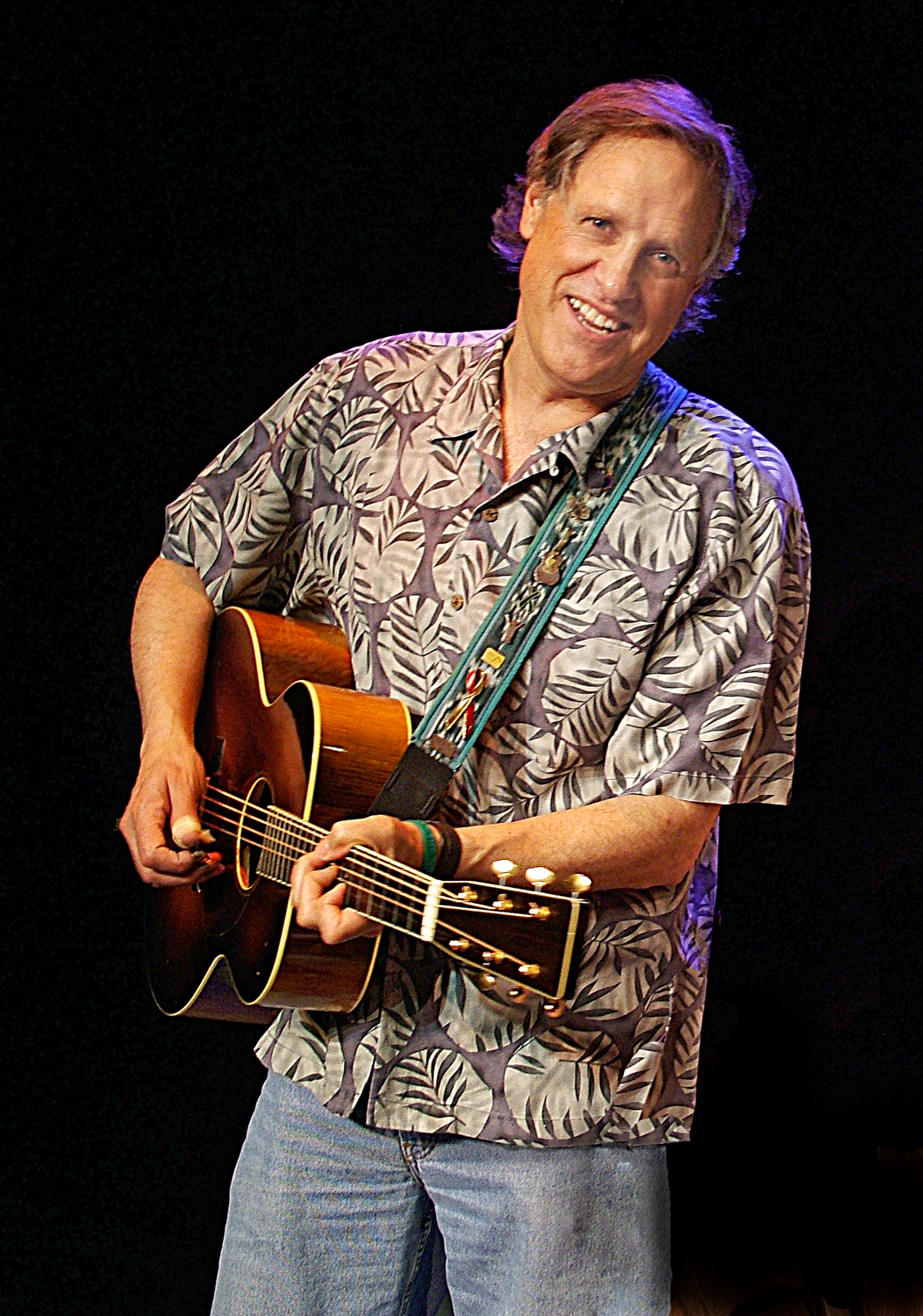 Tickets $30.00 ~ Showtime 8:00 pm
Buy in advance! Remaining tickets will be available at the door.
ALL TICKET SALES FINAL, NO REFUNDS OR EXCHANGES
View Video

In a career that spans five decades, 25 albums and three GRAMMY awards, Hudson Valley Troubadour Tom Chapin has covered an incredible amount of creative ground. In addition to his work as a recording artist and concert performer, Chapin has acted on Broadway, as well as working extensively in films, television and radio.

As a music-maker, the multi-talented singer/songwriter/guitarist has maintained two long and productive parallel careers, both as a highly respected contemporary folk artist and as a pioneer in the field of children’s music. In both roles, Chapin has established a reputation for insightful, heartfelt songcraft and effortlessly charismatic live performances. He continues to engage the hearts, minds and imaginations of young listeners with witty, life-affirming original songs delivered in a sophisticated array of musical styles. In either format, Chapin’s infectious songs, sterling musicianship and personal warmth consistently shine through, whether he’s performing on record or in a concert hall, an outdoor festival, a school, in front of a symphony orchestra or in an intimate coffeehouse.

The New York Times called Chapin “one of the great personalities in contemporary folk music,” while Billboard called him “the best family artist around” and described him as “totally captivating.” Parents magazine stated, “Nobody today is writing and performing better kids’ songs than Tom Chapin.”

The son of noted jazz drummer and teacher Jim Chapin and the grandson of author/critic Kenneth Burke and portrait painter James Chapin, Tom grew up in a family that encouraged artistic pursuits. He began performing professionally as a teenager in the early 1960s, playing in Greenwich Village folk clubs alongside his siblings Harry and Steve as The Chapin Brothers. In 1971, he began a five-year run as the host of the Emmy- and Peabody award-winning ABC-TV children’s series Make A Wish. Chapin and his songs were also featured in the seminal 1970 documentary film Blue Water, White Death, for which he spent six months sailing the Indian Ocean searching for great white sharks.

Chapin launched his solo recording career with 1976’s Life Is Like That. It was the first of a string of albums that further established his reputation as both a gifted storyteller and a natural entertainer, winning him an uncommonly loyal fan base in the process. He also continued to venture into other creative areas, playing the lead role in the hit Broadway musical Pump Boys and Dinettes, working off-Broadway as musical director of both Cotton Patch Gospel and Harry Chapin: Lies and Legends, and serving as host of TV’s National Geographic Explorer. He’s also written and performed satirical topical songs for National Public Radio’s Morning Edition, and had a cameo role as the Vice Presidential candidate in Jonathan Demme’s 2004 remake of The Manchurian Candidate.

Tom Chapin’s new adult CD, THREADS, his 25th, finds the songwriter full of vitality and brimming with excitement. His strengths as writer, performer and storyteller are reflected in the wide range of styles and subjects he covers. Starting with a love song and ending with a call to action, THREADS includes wonderful stories about two extraordinary women, Julia Ward Howe and Dorothy Day, celebrations of the birth of two new grandchildren, and much more. This new collection of 13 powerful, emotional and literate story-songs is graced, as always, with fine singing and beautiful production. In the works is a live CD, to be recorded with his band in December 2017. It’s scheduled for release in Spring 2018, to commemorate the 30th anniversary of his band playing together.

Chapin’s latest family release is The Incredible Flexible You, a collection of 12 songs that help young listeners navigate the tricky waters of social interaction. It’s “A Songbag of Social Clues.” Each tune is designed for preschool and early elementary children with social cognitive challenges, and their parents and teachers, too. It won a Parents’ Choice Gold Award, a Family Choice Award, a Mom’s Choice Gold Award and a Creative Child CD of the Year Award.

Chapin also serves as narrator of a series of children’s books, three of which, Mama Don’t Allow, There Was An Old Lady Who Swallowed A Fly, and The Train They Call The City Of New Orleans, have won GRAMMY awards in the Best Spoken Word Album for Children category.

Simon and Schuster has released two children’s books based upon his songs. The Library Book, based upon Library Song, written with Michael Mark, was released on October 3, 2017. His previous release is The Backwards Birthday Party, written by Chapin and John Forster.

Chapin is also a powerful advocate on behalf of a variety of charitable causes. He is a board member of WhyHunger, the organization which the artist’s older brother, the late singer-songwriter/activist Harry Chapin, founded (as World Hunger Year) in the 1970s. He also remains active in a variety of environmental causes, as well as efforts on behalf of music and the arts in our public schools.

“I’m at that place in my life where I follow what interests me,” Chapin concludes. “I still love the guitar, I still love to sing, and I still love the thrill of creation: a good song, a good recording, a good concert. I feel blessed to be my own boss, creating my own material and performing for so many different audiences, ages and generations.”