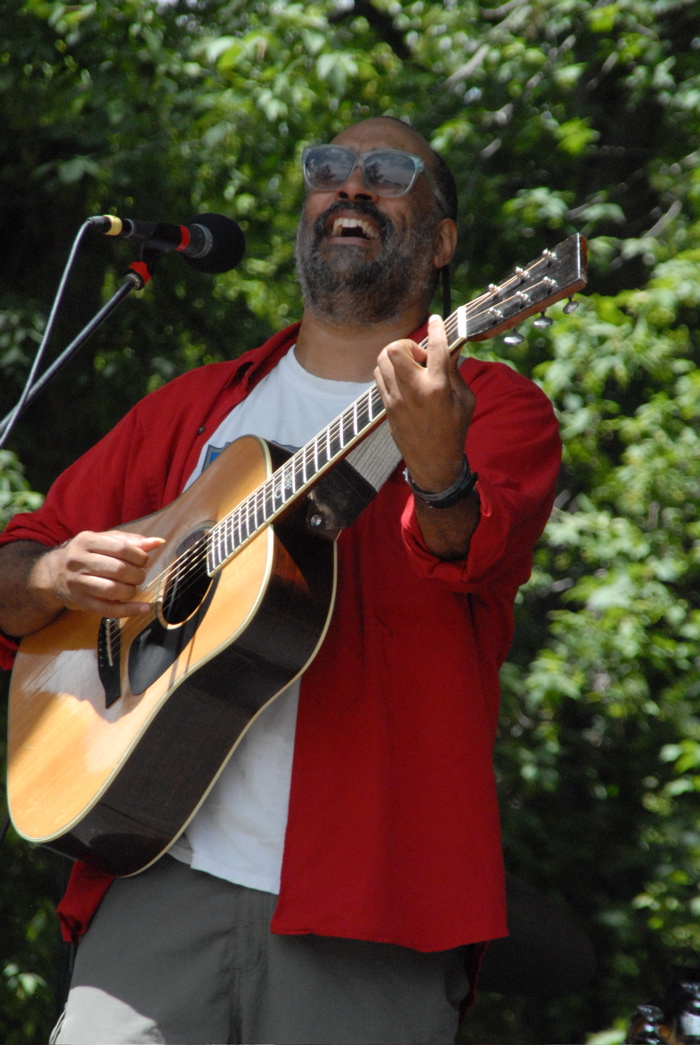 Vance Gilbert burst onto the singer/songwriter scene in the early 1990s when the buzz started spreading in the folk clubs of Boston, about an ex-multicultural arts teacher who was knocking ’em dead at open mikes. Word of the Philadelphia-area bred performer quickly spread to New York City. Then Shawn Colvin invited Gilbert to be a special guest on her Fat City national tour. Vance Gilbert took audiences across the country by storm. More than 12 accomplished albums later, Vance continues to refine his unlikely union of humor, virtuosity and the unexpected. Whether with classic, original songwriting or ageless interpretation of covers, his is a presentation steeped in deep humanism and bravery, stunning artistry and soul and contagious, unbridled joy — unarguably the blue ribbon that tie and seal the seemingly impossible package….VANCE GILBERT.

“His catchy, pop friendly melodies support keenly crafted, hard-hitting lyrics. His guitar is supple, his milk-warm tenor honest and gently acrobatic… He does not duck hard truths and never succumbs to the temptations to tie his points up in a neat platitudes or truth-isms. He writes powerfully and uncompromisingly about the wrenching separation suffered by single parents, the tug between love’s desire and its demands, and the bitterness of being nonwhite in this Eurocentric culture… He is that rare performer for whom people lean forward in their seats as eagerly between songs as they do during them.” ~ The Boston Globe.

Artists as varied as Arlo Guthrie, Anita Baker, and the late George Carlin have in recent years requested Vance to be added to their evenings. Now is your chance.