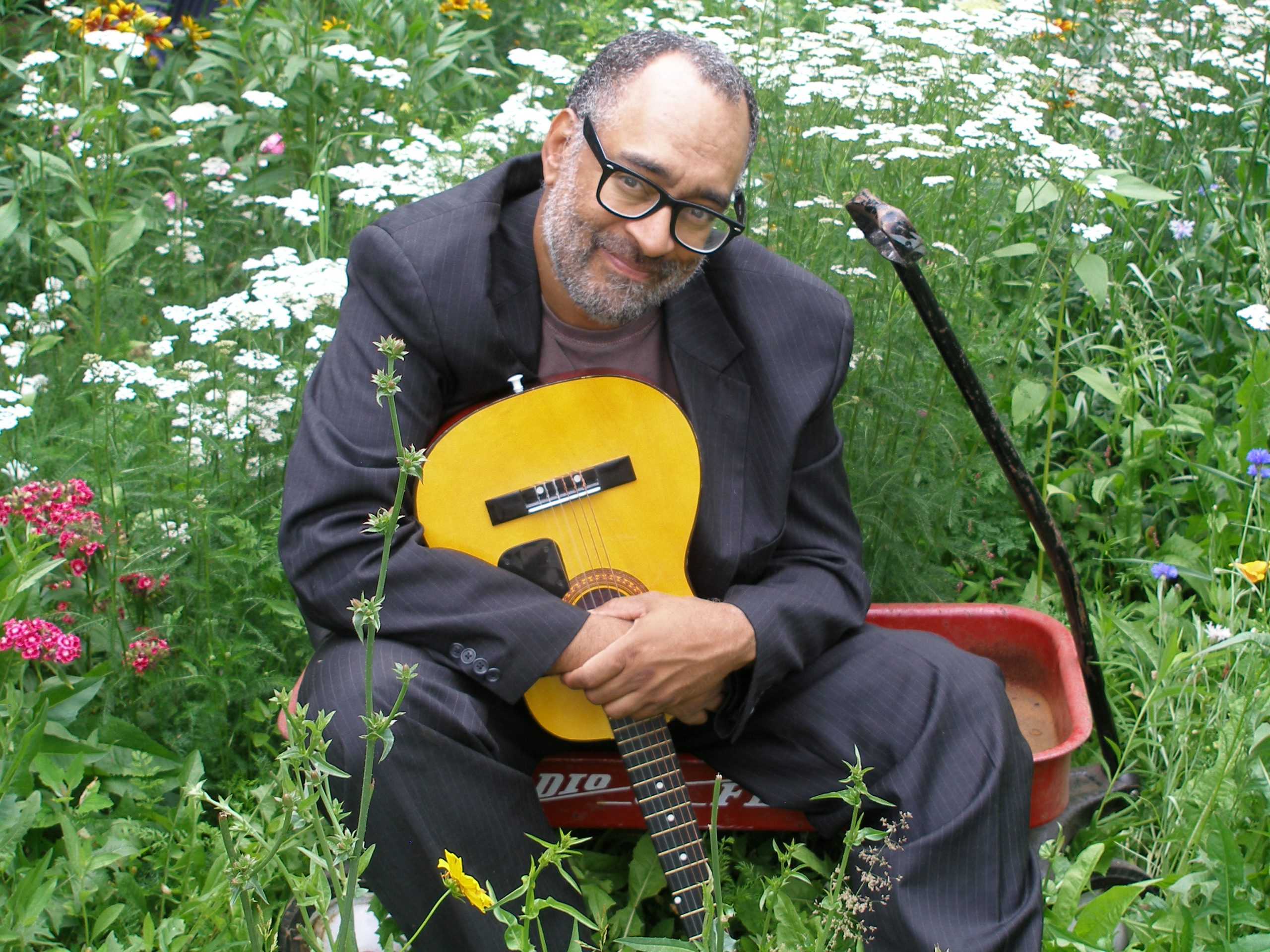 Vance Gilbert‘s BaD Dog Buffet… Can something be wry, aching, hysterical, evocative, provocative, fun, beautifully sung, and consummately played all at once? Can it?

Fully funded by his fans, the record has so far received raves reviews based solely on the material folks knew would be on it Those who know and love Vance have already enjoyed the life-loving capitulation of “God Bless Everyone,” the seething rocker “Nothing from You,” and the tongue-in-cheek, happy break-up song, “Out the Way We Came In.” “First Ring” is a Vance classic, a banjo love story rooted in folk whimsy, while “Kiss the Bad Boys” sounds like what would happen if Bootsy Collins and Bruce Springsteen were trapped in an elevator and ended up writing a song together. “Unfamiliar Moon,” which some may know as Vance’s signature song — a tune that landed him in the second round of auditions of TV’s “America’s Got Talent” — is revisited here in a pared down version with Anger on fiddle.

Like all great artists, Vance truly happens live. In fact he developed his reputation with his jawdropping, diverse, funny, devastating, and gorgeous live performances. Arlo Guthrie, Anita Baker, the late George Carlin have all requested Vance to be added to their bills.

Vance exploded onto the scene in the early 90’s, with buzz spreading quickly. Who was this multicultural arts teacher knocking them dead at open mics? After opening Shawn Colvin’s 1992 Fat City tour, he took much of America by storm and by surprise. “With the voice of an angel, the wit of a devil, and the guitar playing of a god, it was enough to earn him that rarity: an encore for an opener,” wrote the Fort Worth Star-Telegram in its review of a show from the Colvin tour.

Vance followed with three acclaimed albums for the Rounder/Philo label &mdash Edgewise (1994), Fugitives (1995), and Shaking Off Gravity (1998). Then, Somerville Live (2000), was lionized by the Boston Globe as the disc “young songwriters should study the way law students cram for bar exams,” and New York’s Town and Village called One Thru Fourteen (2002), “lively, eclectic, electrifying and transcending.”

Gilbert then released a duo album with his friend Ellis Paul, entitled Side Of The Road (2003). The Boston Globe described it as “the songwriter’s most compelling work; literate, heartfelt, rippling, emotionally resonant.” The Globe placed the album on its Top 10 list that year.

Gilbert only continued on with three more albums, Angels, Castles, Covers (2006) displaying his vocal virtuosity, with sounds of Motown, the R&B of Al Green, and classic Joni Mitchell. Up On Rockfield (2008) just after a year and a half as support for George Carlin, and Old White Men.

Which brings us full circle to BaD Dog Buffet, the latest in a growing, glowing oeuvre and an evocative catalog created by a cornerstone acoustic artist.