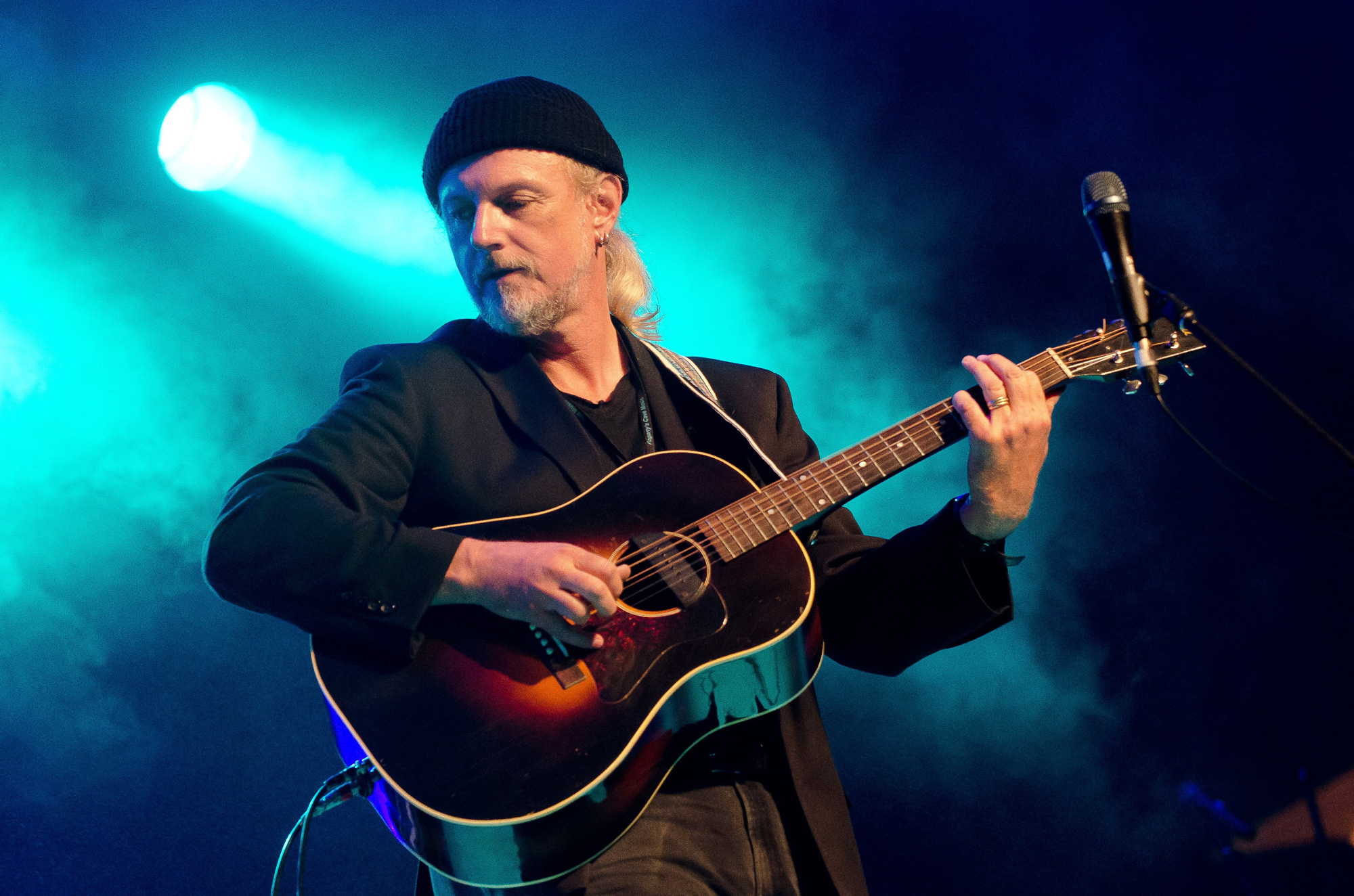 Garnet Rogers has established himself as “One of the major talents of our time.” Hailed by the Boston Globe as a “charismatic performer and singer,” Garnet is a man with a powerful physical presence – close to six and a half feet tall – with a voice to match. With his “smooth, dark baritone” (Washington Post) his incredible range, and thoughtful, dramatic phrasing, Garnet is widely considered by fans and critics alike to be one of the finest singers anywhere. His music, like the man himself, is literate, passionate, highly sensitive, and deeply purposeful. Cinematic in detail, his songs “give expression to the unspoken vocabulary of the heart” ~ Kitchener Waterloo Record. An optimist at heart, Garnet sings extraordinary songs about people who are not obvious heroes and of the small victories of the everyday. As memorable as his songs, his over-the-top humour and lightning-quick wit moves his audience from tears to laughter and back again. “Garnet Rogers is capable of awe-inspiring and unpredictable stuff – and that includes more than just music.” Resolutely independent, Garnet Rogers has turned down offers from major labels to do his music his own way.