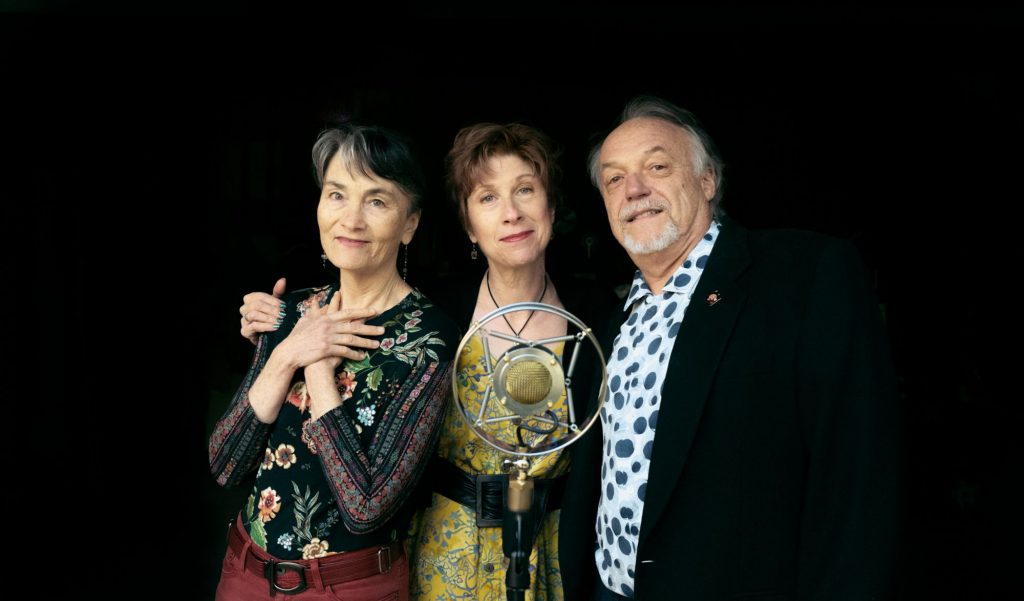 Mad Agnes has won hearts on two continents with their signature intricate harmonies and compelling songwriting. The genre-bending trio — Margo Hennebach, Adrienne Jones and Mark Saunders — weaves Celtic, folk and vocal improv into an exciting, inclusive performance. The Aggies, in their current iteration, sees them using only one microphone, around which they form and re-form, early-radio style. This encourages more playfulness and connection, as they transport and tickle audiences with robust harmonies, incisive songwriting and well crafted instrumentation, using guitars, mandolin, ukulele, percussion, an inventive keyboard, and “three-part harmonies as tight as jeans from the dryer” ~ Rob Weir, The Advocate. Mad Agnes has performed internationally at listening rooms and festivals, including Mountain Stage New Songs Festival (WV), The Birchmere (VA), Godfrey Daniels (PA), The Bitter End and the Towne Crier (NY), Cropredy Festival (England), Swanage Folk Festival (England) to name a few. “Dazzling harmonies, superb arrangements, terrific instrumental virtuosity, brilliant original songs and fine treatments of other material… there really aren’t enough superlatives to describe one of the best evenings I’ve seen in the many years I have been involved in the Folk scene.” ~ Folk on the Moor, Devon, UK.